As industrial designers, we often find ourselves sketching and thinking visually. One way that we think visually, is through mind maps and flowcharts. We usually sketch these collaboratively on A3 paper, only to scan them, put them in a shared folder. Counterintuitively, this increases the chance of forgetting about them.
Talking to a lot of designers around us, my colleagues and I have found that, to work on these mind maps and flowcharts at a later stage, the ability to edit them was crucial. Digitising them by hand however proved to be cumbersome. Therefore, we designed a way to take a picture of the created mindmap, which will then be transformed into an editable, digital file.

During this project I created a computer vision algorithm that was trained to detect shapes in an image and created an SVG (vector image) file of said image.

Being interested in machine learning and -intelligence for a long time, it was refreshing to work with people that had not been exposed to these concepts thoroughly. By doing so, I have learned to communicate low level concepts in a high level way, with the aim of getting all stakeholders involved in a project that might not be their forte. 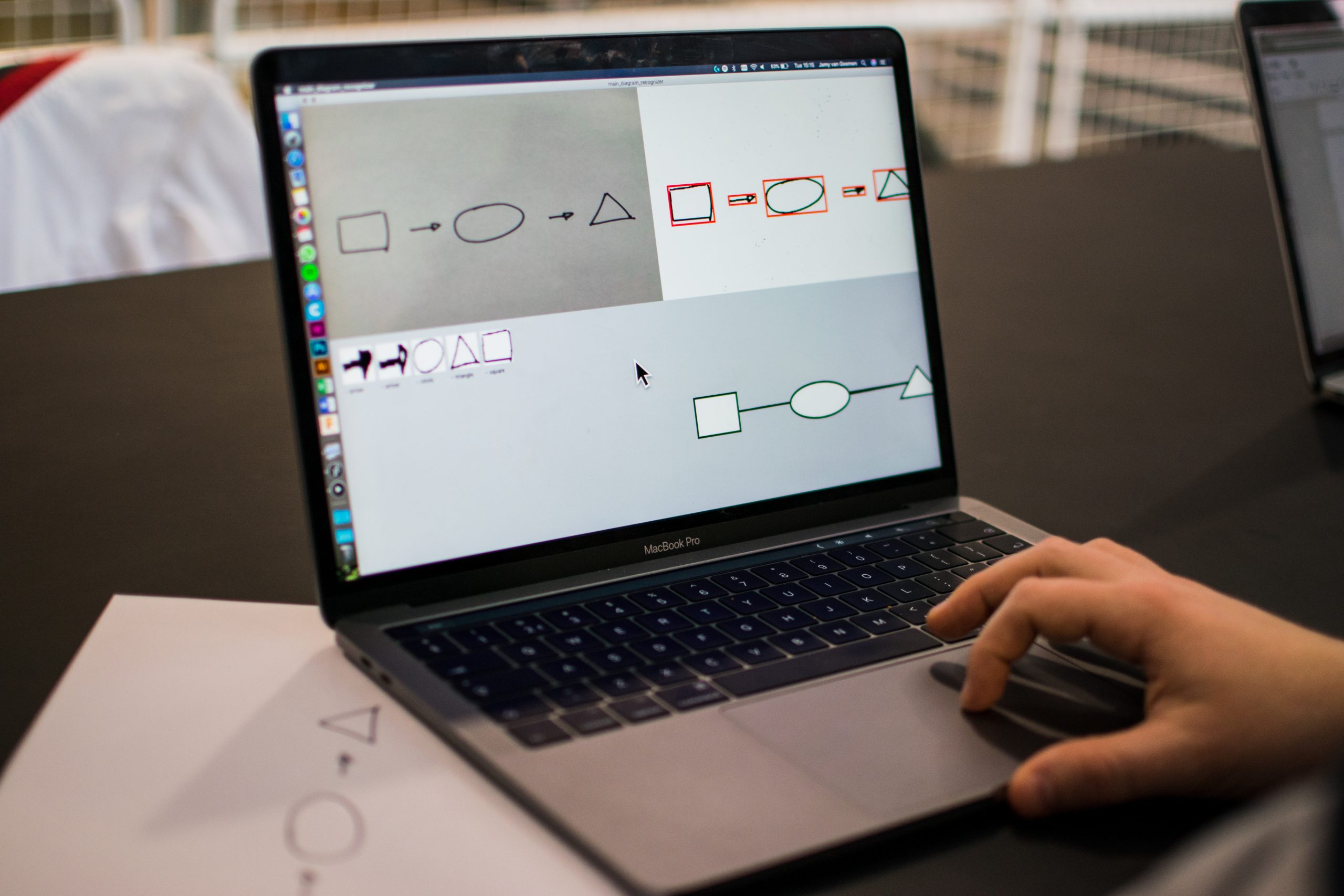